You’ll probably say, “You’re joking me!” if I tell you that we are preparing ourself to ‘throw‘ our kids out of our house. They are only 5 yo and 2 yo.

Seriously, my husband and I love our kids very much. But the most exciting part of educating our children in finance, is to prepare their financial independence.

May be it’s the ‘Aussie’ inside us. Baby D spent 2 years at Raffles Institution, a high school in Singapore, before he moved to Perth for 4 years, finishing his degree at University of Western Australia. I’m the Curtin graduate, living in Perth for 4 years. We were given the freedom by our parents to manage our own monthly allowance.

We thought we were very independent.

Our Aussie friends left their parents nest at the age of 18. Straight out of highschool, they rent dodgy flats sharing with some friends, working 2 or 3 jobs, making puny salaries and paid for their own lives. More interestingly, some of them would live overseas, backpacking through out Europe for a year, all using money that they earned by themselves.

I know, it’s not something we can easily do back home. But my husband and I are determined that our kids will learn the idea of living by themselves, one way or the other.

The whole idea of having financially independent life is so fascinating for us. We are not financially free yet, but the process to be independent and going forward with our investment is so enjoyable that we believe we need to share this with as many people as possible, including our own kids.

What is this Independent Fund?

It will consist of a series of fund. Tabungan, Reksadana and possibly Property or Business that you will receive from us. Similar to the idea of a Trust Fund overseas.

How will I be doing this? Here are some ideas that you can also start with your children Independent Fund.

1] Tabungan
Both kids have their own Tabungan at the nearest local bank. Whenever they receive some money from grandparents or gifts, they can spend part of it and contribute part of it to this account.

2] Part Time Job
Azra is very keen on washing his father’s car and watering my plants. So this is his first part time job. His salary is Rp 1.000/ watering plants job and Rp 5.000/ carwash job. I write the amount he receives in a book. Every now and then he asks me how much he has now.

Being the smart boy that he is, he also asks how much he needs to go to Hong Kong Disneyland, mind you this is his first financial goal (Thank you Disney Channel for putting that into my son’s mind ☺ ). I told him we’ll help him out for this Hong Kong Disneyland trip, so his goal is revised to : Tiket Masuk HK Disneyland.

The balance on his ‘Buku Gajian Azra’ is now Rp 30.000. You should see the way he looks into his book thinking how many zeroes he can record next.

We plan not to give our kids allowance, because we believe that money is not something they are entitled to just because they were born. We are responsible to provide for their needs to a certain extent but we will not become the convenient ATM. So instead, our kids will earn their allowance.

3] Reksadana – medium term : Ligwina QQ Anak
(Preferably Reksadana Pendapatan Tetap or Reksadana Pasar Uang)
Starting on my children’s 6th birthday, I will contribute Rp 500.000 /month to this fund for the next 6 years. Therefore, when he or she becomes 12yo, they’ll have an amount they can work on.

4] Reksadana – long term : Ligwina QQ Anak
(Preferably Reksadana Saham or Reksadana Campuran)
Starting on my children’s 6th birthday, I will contribute Rp 500.000 /month to this fund for the next 12 years. Therefore, when he or she becomes 18yo, they’ll have an amount they can work on.

5] Property and Business Portfolio is still underway because we also want to start our own portfolio.

There you go… Dana Merdeka!

Finance Should Be Practical! 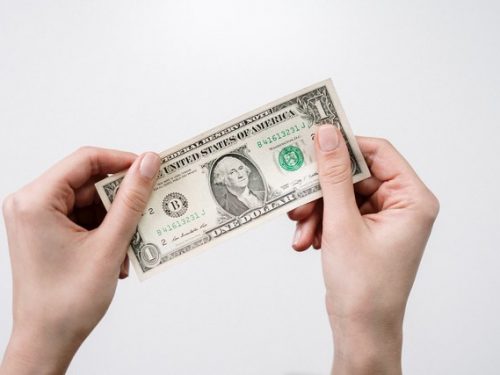